Dudley Council has been recognised nationally for the way it is sharing news and information with people during the coronavirus pandemic.

The council has been shortlisted in the finals of the CovidComms Awards.

It highlights a range of campaigns and work with the media throughout the pandemic. It includes sharing the government’s campaigns on health messages, financial support for residents and businesses, the tier system and many more. 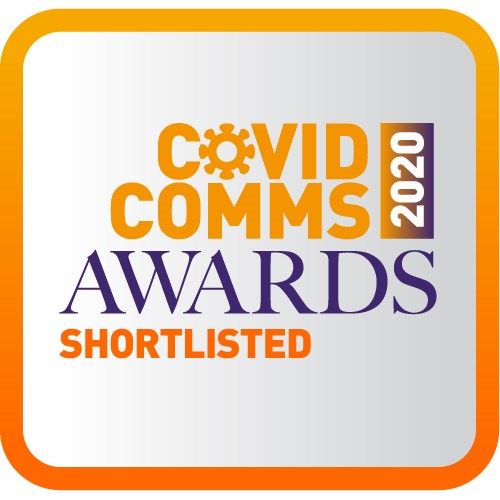 The awards also recognise the authority’s work with the local, regional and national media, its use of email bulletins to residents and the roll out of localised campaigns such as work to make town centres safer, promoting community support and providing vital help for vulnerable groups.

We have been working flat out to make sure everyone has vital help and information during these difficult times. I am delighted we have been recognised in these national awards for the dedication of our staff and the importance of making sure people have all the information they need to protect themselves and others.

It is vital people continue to read and share the information we make available so we can all play our part in tackling this terrible pandemic.

We know people lead busy lives and we cannot reach absolutely everyone, but we use as many different channels as possible to reach as many people as we can.

The council has issued hundreds of news releases since March and it’s digital and print campaigns have reached hundreds of thousands of residents and businesses.  Its email bulletins have had more than one million opens and information on social media has been viewed millions of times.

There have been targeted campaigns for vulnerable groups such as the elderly and black, Asian, ethnic minority communities and thousands of businesses directed to more than £100million of business support. Hundreds of thousands of people have also visited the council’s dedicated coronavirus information web pages. The council has also produced dedicated printed copies of the Your Borough Your Home magazine which is delivered to homes across the borough.

The winners of the awards will be announced on November 18.

If people want to receive the latest news and information first they can sign up for the free e-bulletins at www.dudley.gov.uk