The plaque was unveiled at a property in Eveson Road, Stourbridge, where Major Foley lived with his family.

Major Frank Foley CMG was an MI6 intelligence officer and later became famous for his work as a British Passport Control Officer in pre-War Berlin, helping 10,000 Jewish people to escape the impending Holocaust.

His incredibly brave work only came to light 40 years after his death and was dubbed the “British Schindler”.

The borough’s first citizen today unveiled a coveted blue plaque on the privately owned house to commemorate his life and work. 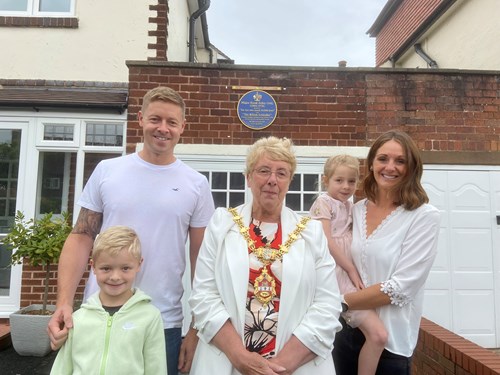 Major Foley has become synonymous with bravery and going above and beyond and it is only right we continue to honour him. A Blue Plaque is a very high honour and will go some way to reminding local people of the enormous bravery he showed and risks he took during the build up to the second World War. It was a real honour and a privilege to be able to unveil this plaque today. 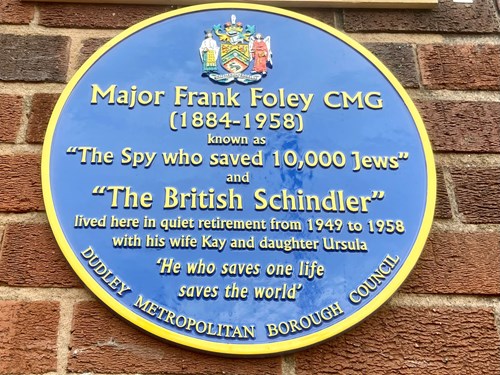 Today the house stands on a quiet residential street. The owners, Jon and Sarah Tanner, welcomed around 100 people on their driveway for the grand unveiling.

I suppose it was quite surreal to have a crowd outside our home but nice to see so many people coming to see the unveiling of a plaque for such an important hero. The plaque will certainly remind us of what Major Foley did every time we come home!

Frank Foley lived in the property in Eveson Road with his wife Kay and daughter Ursula, from 1949 until his death in 1958.