Long-lost Tony Hancock radio scripts from the 1950s – believed to be the first sitcom ever written in Britain - are to be revived at Stourbridge Town Hall in September.

The Lost Hancocks: Vacant Lot will be performed at the town hall on Wednesday September 19, with tickets on sale now.

Tony Hancock was regarded as a giant of post-war British comedy, best known for his radio and TV series Hancock’s Half-Hour. 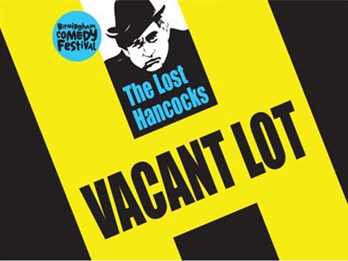 The story behind the scripts goes back 66 years to 1952, when comedy writer Larry Stephens – who lived in Halesowen - convinced the BBC to let him create a new comedy series expressly for his friend, rising radio star Hancock.

Entitled Vacant Lot, the series focused on life in the dull faded fictional seaside town of Churdley Bay where the blundering, slightly pompous and barely tolerated Hancock – a local auctioneer and wannabe councillor – aspires to better his lot.

Vacant Lot is referred to in internal BBC memos of the time as a situation comedy – believed to be the first recorded reference of the term in British broadcasting history.

Despite featuring a supporting cast of colourful characters – and with Peter Sellers and Spike Milligan among others mooted for roles – the series was never recorded. The scripts have lain buried in the BBC archives for more than six decades. Until now.

We’re thrilled to be working with the brilliant Birmingham Comedy Festival on this very exciting show, featuring a really wonderful cast

As very little of his early work has survived, so much of what people know about Hancock is based almost solely on the later Hancock’s Half Hour radio and TV series.

But here we get an all too rare glimpse of a pre-superstar Hancock, in what would have been his first major leading role.