These dramatic pictures capture the ongoing demolition of an eyesore that has been a blot on the Dudley skyline for almost two decades. 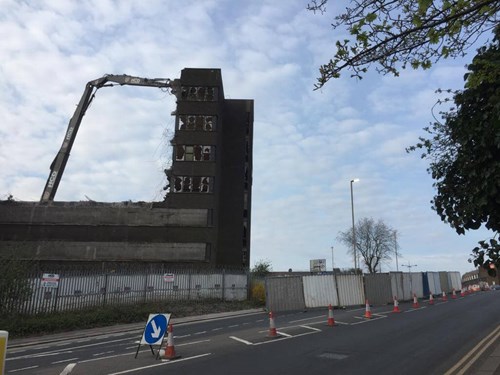 The bulldozer has been taken to long-time derelict office block Cavendish House in Dudley town centre, which is now almost completely reduced to rubble. 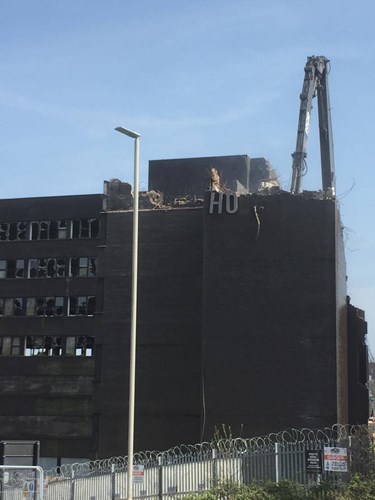 The demolition of the high-rise building will kick-start an £82 million retail, leisure and housing development on the land, which in turn will form part of a near £1 billion regeneration programme across the borough.

Work is also ongoing in the town centre around the Brierley Hill to Wednesbury Metro extension, while plans are in the pipeline for a new multi-million bus and tram interchange in Dudley town centre.

The town will also become home to a test track for new and emerging transport technologies in the form of Very Light Rail (VLR).

In the uncertain times we are living in at the moment as a result of Covid-19, this is a sign of a brighter future and of the recovery and resurgence of Dudley.

Cavendish House has been a blot on the skyline of Dudley for far too long.

I am sure these pictures will be welcomed by a lot of residents in the borough looking for a bit of good news amongst the gloom of our current times.

To stay up to date with all the regeneration projects going on in the borough, go to www.regeneratingdudley.org.uk