A major blow has been struck in the battle against fly-tippers across Dudley borough with the launch of a series of deployable CCTV cameras to hit hot spots.

The new cameras can be moved to cover problems areas across the borough.

They are part of a £1.7million upgrade of the CCTV network and add to the fixed cameras which are already live in town centres. 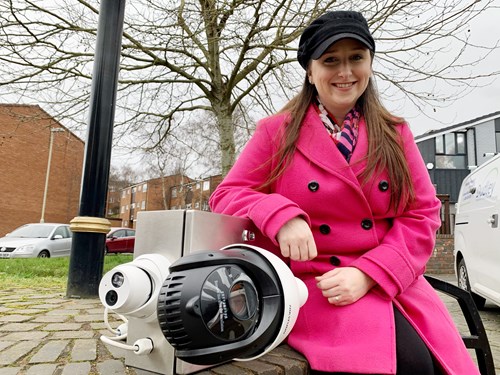 The new deployable cameras are capable of highly detailed footage, even in the dark. They can also detect motion and capture details over hundreds of metres.

They can tackle fly-tipping, graffiti and other acts of anti-social behaviour, with those caught facing prosecution and hefty fines through the courts.

The council identifies hot spot areas based on intelligence including previous incidents and information from police. They can then begin the legal process to install the temporary camera at the site, to make sure it complies with strict legal guidelines around the use of deployable CCTV cameras.

This is a major boost to the on-going battle against fly-tipping and other acts of criminal damage. These cameras will be able to capture detailed footage which will hopefully lead to more prosecutions of these people who blight our borough.

That could also help us recoup some of the money that honest taxpayers are forced to pay in cleaning up after these criminals, so it’s a win all round.

I am exceptionally proud of the work done behind the scenes to build these cameras in house. It is a tribute to the skill and dedication of the staff involved.

The first cameras have been built by the council and hotspot areas will now be identified with police.

The scheme is the biggest overhaul of closed-circuit cameras in the council’s history and replaces old and outdated cameras, which suffered repeated breakdowns and costly repairs.

It is being done in partnership with police and gives much clearer images of town centres and other public areas which can help in catching and prosecuting offenders.

A new high-tech, highly secure control room went live last month which is capable of monitoring more than 100 cameras at once. The control room will also be alerted if motion detectors are activated on the deployable cameras.

Pictured: Councillor Laura Taylor with one of the deployable cameras.