CCTV cameras ready for roll out

Council bosses have taken delivery of dozens of new high-tech CCTV units as part of a major overhaul of Dudley borough’s camera system.

More than £1.7million is being invested in new state-of-the-art cameras and surveillance technology to boost safety across the borough. 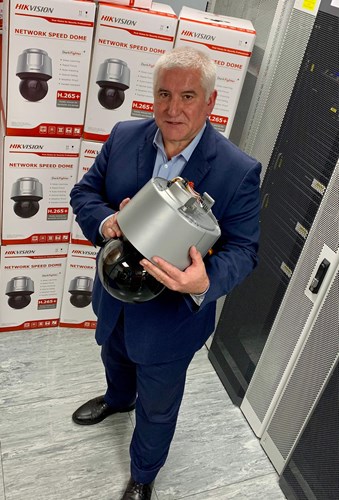 New fibre optic cabling has been installed to sites across the borough as part of the improvements to the network. The plans also include new state of the art digital cameras which will be monitored from a new control base.

Dudley Council received the first batch of cameras which will be installed in town centres and other key locations over the next few months.

This is the most significant investment in our CCTV network in a generation. When complete it will make us more efficient at monitoring our town centres, tackling crime and making people feel safer.

The first batch of new cameras are now here and technicians will be busy installing them over the next few months.

This is just one of the ways in which we are working hard to bring people to our town centres and make them feel safe, which is good for businesses.”

As part of the scheme the current central control base is moving from a local police station to a new, highly secure facility specifically designed to meet the requirements and demands of a modern CCTV service. The new high-tech cameras will have greater capacity to monitor town centres and hotspot crime areas, while working in conjunction with West Midlands Police, providing live CCTV images to the control room.

An audit of 80 cameras across the borough has found many are old, outdated or in need of repair. Once the scheme is complete there will be a mixture of static and mobile cameras, expanding to more areas than before.

The new cameras and control room will be fully operational by Spring next year.

Pictured: Councillor Patrick Harley, leader of Dudley Council, with one of the new cameras.