A major upgrade of CCTV across Dudley borough is nearing completion with work set to start on the last town centre in the programme.

Engineers will be on site in Sedgley at the end of the month as the final piece in the £1.7million crime-fighting plan. 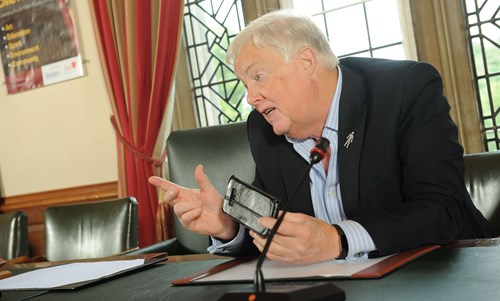 On Sunday March 22, as part of the installation, engineers will need to close part of Dudley Street from 8am until mid-afternoon. Diversion will be along High Holborn and Gate Street.

New cameras have been installed in town centres in Dudley, Halesowen, Brierley Hill and Stourbridge. The new devices replace old and outdated cameras which were prone to failure. A new control room is also being built to monitor the network in partnership with West Midlands Police.

I am glad this important scheme is now nearing completion which means our town centres are now safer than ever before.

The new cameras we have installed are more sophisticated in being able to capture detailed footage of incident and issues, something which is hugely beneficial in not only making people feel safer, but tackling crime too.

The budget we agreed this month will see the biggest investment in council services in a decade with more than £9million going to council services. Keeping people safe in town centres is a key part of that.”

The finishing touches are being made to the system with extra cameras planned for the Highfields area of Halesowen. Most town centre cameras are now live.

As part of the Dudley Deal the council is investing in making the borough safer, particularly town centres. People can play their part by shopping locally.