Charities set to be bowled over at cricket match

Charities will be in a spin when Dudley Council officers and councillors go head to head in their annual cricket match. 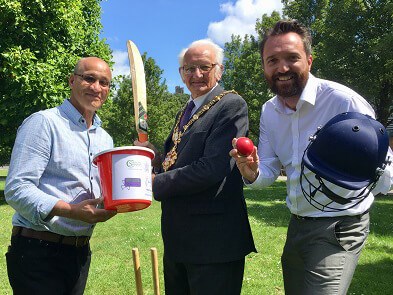 The two teams will be playing to raise money for the Mayor of Dudley’s charities.

The annual clash will see councillors fielding a side of players to take on council officers at Stourbridge War Memorial Ground on July 13.

The teams will play 20 overs each and the game will also be open to members of the public. Entry is free for spectators.

All money raised will go to the Mayor’s charities which are Headway Black Country, based in Dudley, Hope Centre, Halesowen, and Whitehouse Cancer Support, Dudley.

The game is part of the Black Country Festival which will see events in towns and parks across the region throughout July.

This is a fantastic, fun event that always raises lots of money for the Mayor’s charities. Not only that it is part of the Black Country Festival which brings people together to celebrate all that has made this region famous.

People are welcome to watch the game – let’s just keep our fingers crossed for the weather.

People will also be able to grab some top prizes in the raffle and auction on the night. The game starts at 6pm.