The chief executive of Dudley Council has announced she will be leaving the authority in the summer.

Sarah Norman, who has led the council for more than four years, has been appointed as the new chief executive at Barnsley Council. 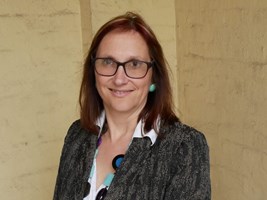 During her time in Dudley, Sarah has overseen huge improvements in children’s services as the authority recovered from previously being rated as inadequate by Ofsted. The 56-year-old has also spearheaded the council’s work with the West Midlands Combined Authority which has helped secure the £449m Midland Metro line to come to the borough.

It has been a huge honour to be chief executive of Dudley Council and I am delighted with the progress we have made in many areas of work.

Our financial plans have seen us improve the council’s budget position year on year as we respond to very difficult circumstances for local government. In addition, our progress in children’s services has been significant and the regeneration plans we are now bringing to life, including the Metro, mean the borough has a very exciting future indeed.

I will be sad to leave Dudley but will leave with great satisfaction at what has been achieved and I have every confidence in the colleagues I leave at the council and partner organisations in the borough who I am sure will continue to deliver the exciting plans set out in the borough vision.

I am now looking forward to my next challenge of taking on an exciting role in Barnsley.”

We would all like to thank Sarah for all of her hard work and dedication over the last four years. Sarah has been in the role of chief executive at Dudley Council during some very challenging times and we have made some excellent progress in many areas.

In Dudley we continue to have some very exciting times ahead in terms of the regeneration of our borough and we are now looking forward to continuing this work.”

Prior to joining Dudley in October 2014, Sarah was strategic director for community at Wolverhampton City Council.

She will continue in the role until the summer and the council will make a further announcement in the coming weeks in relation to filling the vacant the position.