Clampdown on vehicles on green spaces (1)

It will give police and local authority officers more powers to tackle the growing problem. The announcement comes after numerous complaints from local residents, the local member of Parliament and ward members about issues such as noise nuisance, damage to land and fear of injury. 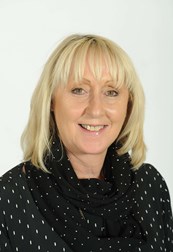 The order will give police officers and authorised council officers the power to issue fixed penalty notices of up to £100 for those caught using an unauthorised motorised vehicle on any of the green spaces affected.

Failure to pay the notice may lead to prosecution, which could result in a fine of up to £1,000. This is in addition to existing powers currently held by the police that could result in confiscation of the vehicle.

We have received a very positive response from our consultation and we now intend to implement the order. Our message is clear, we will not tolerate anti-social behaviour on our green spaces.

This initiative gives the police and council officers new enforcement powers to crack down on people who spoil the tranquillity of green spaces and risk the safety of others by irresponsibly using motor vehicles.”

PSPOs are intended to address activities carried out in public spaces, which have a detrimental effect on the quality of life and the enjoyment of our open spaces. The PSPO would last for a maximum period of three years and could then be renewed for a further three year period.