More than 1,000 members of staff at Dudley Council are to be offered specialist training in how to spot signs of modern slavery.

It is part of a new statement and policy on Modern Slavery and Human Trafficking (MSHT) being proposed by council bosses, which also includes strict checks on suppliers used by the local authority. 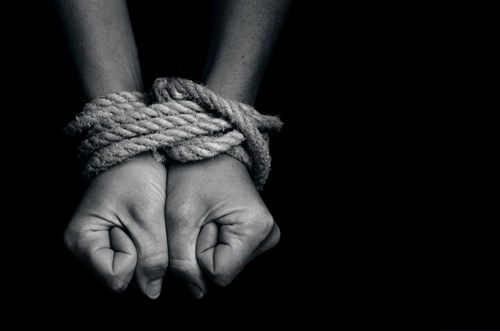 The document is to go before the authority’s cabinet next week for approval.

It comes ahead of International Anti-Slavery Day today, where the council will be one of hundreds of organisations helping to raise awareness of modern slavery.

Nearly 250 staff have already received training across ten sessions in September and October – and there are plans in place to train up to 800 more before the end of the year.

The programme enables council officers to learn how to identify and report suspected incidents of modern slavery.

Modern slavery is the illegal exploitation of people for personal or commercial gain. Victims are trapped in servitude, which they were deceived or coerced into, and feel that they cannot leave. Common forms of exploitation include domestic servitude, sexual exploitation, forced criminality, and forced labour, it also includes human trafficking.

The statement and policy will also require all suppliers to the council to sign contracts to confirm they are compliant with the Modern Slavery Act (2015), in a bid to ensure slavery or human trafficking is not taking place in any of the authority’s supply chains. Regular reviews to ensure suppliers are compliant will take place.

It confirms the council’s procedures for vetting new employees – including checks on whether they have the right to work in the UK. It also outlines a whistle blowing policy which encourages employees to report concerns without fear of reprisals.

The statement and policy says the council only uses specified and reputable employment agencies to source temporary labour, and undertakes “due diligence” when taking on new suppliers.

We are committed to doing all that we can to ensure that there is no modern slavery or human trafficking in our supply chains.

We will not support or deal with any business knowingly involved in slavery or human trafficking.

We will work with communities and partners to ensure a robust response to tackling these issues.

We are confident that steps outlined in our action plan will address the council’s commitment to preventing slavery and human trafficking.

As well as this, we will also be signing the Charter Against Modern Slavery, which is above and beyond our statutory requirements.”

The policy will be discussed at the next meeting of the cabinet on Thursday October 25 at the Council House in Priory Road. Members of the public are welcome to attend.