Dudley Council bosses are reminding people to be truthful when applying for council housing after the authority successfully brought cases against two separate housing fraudsters in the past two months.

The two former council housing residents, who were untruthful in their applications, have narrowly avoided jail after both receiving suspended custodial sentences. 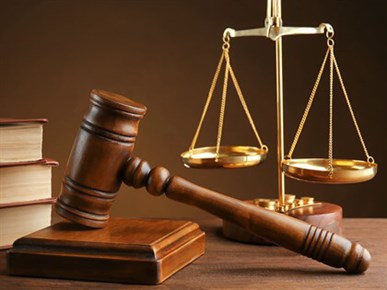 Mrs Annet Nemah Umuzia Cox failed to disclose her status as a homeowner when applying for council housing and pleaded guilty to an offence under Section 2 & Section 3 of the Fraud Act 2006. In December, she was sentenced to six months custody, suspended for 12 months.

Mrs Cox provided the false housing application to gain access to a Dudley Council property, which the council made specific adaptations amounting to £29,439.70.

The council also paid the rent, £2,078.37, and council tax, £399.84, at the property whilst it was being adapted due to it taking some time to undertake the adaptations. When Mrs Cox moved into the property, her owned property was then rented out privately creating an income of £5,240.

The total value of the fraud was £37,157.91. Had she declared her correct circumstances, she would not have been eligible for a Dudley Council tenancy.

In a separate case, a Gambian national joined the council housing waiting list in 2007 by submitting a fraudulent French passport, which would have given her the right of free movement as an EU national and eligibility to social housing.

36-year-old Yama Jarju was provided with a property in Netherton, with a reduced rent subsidised by Dudley Council, in May 2009. She lived there with her two children and mother, who died in 2012, but a tip off that the passport was fake triggered a local authority probe, Wolverhampton Crown Court heard.

Dudley Council believes she saved almost £27,000 by not having to pay the full rent of private accommodation. Earlier this month, Jarju was given a 10-month prison sentence suspended for 18 months.

We take these issues extremely seriously and are once again showing that we will not tolerate fraud in anyway, ensuring that those who are engaged in such activities are caught and face the full force of the law.

Our priority is rightly focused upon those who are most deserving and in need of council housing.”

Dudley Council is currently pursuing Proceeds of Crime Act 2002 proceedings against Cox to establish the defendants benefit from criminal action and the amount that she can pay. Cox is no longer a council tenant and Jarju is facing eviction.