For March, April and May this year over 1,092 notices have been issued compared with just 14 for the same period last year. 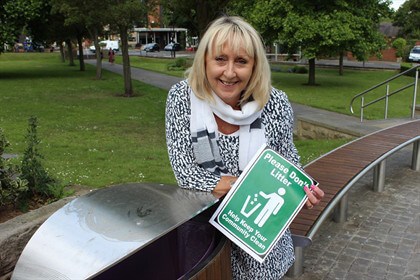 Kingdom Enforcement Services, made up of ex-police and military personnel armed with body cameras, took on responsibility for patrolling the borough’s streets, parks and open spaces in March.

The firm has five officers on the beat plus one team leader overseeing operations during a 12-month pilot, which will also cover dog fouling from the start of this month.

The move is not costing the council a penny, with Kingdom receiving payment directly as a percentage of the financial penalties issued to those who drop litter or fail to pick up after their pets. The local authority also retains a percentage of the income from the fixed penalty notices.

Our results speak for themselves and the message is simple – if you drop litter or don’t pick up after your dogs, there is a good chance you’ll be caught and hit in the pocket

Kingdom has a proven track record of success and works with more than 30 local authorities across the country, including Wolverhampton City Council and Birmingham City Council. Kingdom issued more than 9,000 FPNs in Wolverhampton last year after being taken on by the local authority in the middle of 2015. Comparative figures before they took over show just 25 were handed out from April 2014 to March 2015.