Work on a temporary travellers transit site in Coseley is expected to get underway in the next couple of months, ready for early next year.

The local planning authority agreed to approve the planning application for a temporary travellers transit site in Coseley earlier this year following a consultation with residents.

The plans were developed in response to the increasing number of traveller incursions which have taken place on public open spaces in recent years, 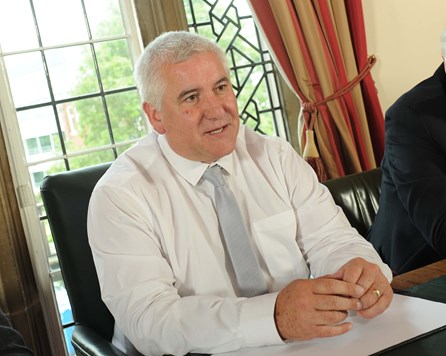 Before works could go ahead, Dudley Council was waiting for confirmation from the Secretary of State for housing, communities and local government about whether the planning decision would be called in for consideration.

In a letter received today (September 11) the Secretary of State’s office has confirmed that ‘he is content that it should be determined by the local planning authority’ and this means the council can now go ahead with its plans as outlined in the planning application.

We welcome today’s decision from the Secretary of State. We are continuing to have illegal encampments in the borough, which demonstrates more than ever that we need this transit site.

Each time it costs us and the Dudley taxpayer thousands of pounds in legal fees and clean-up costs, which is why it’s now time to take action and put a stop to this.

We are now in a position to progress our plans and I look forward to it being in operation early next year.”

The site is expected to be ready in early 2019 and will be in place for three years, giving the council time to identify a permanent site during this time.

A transit site is a dedicated short stay site, for which travellers pay rent to cover costs of power, water and waste disposal.  As access is legitimate and as facilities are provided, additional clean-ups are no longer required.

Providing a transit site within the borough enables the police to use powers under section 62a of the Criminal Justice & Public Order Act 2004 to direct Travellers to the transit site, so avoiding damage and contamination of the site subject to an unauthorised incursion.

Other councils which have provided transit sites have found that there is a very significant reduction in the overall number of incursions experienced.