Cricket match pitches in hundreds of pounds for Mayor’s charities

Staff and councillors at Dudley Council have raised more than £900 for charities in their annual Mayor’s cricket match.

A team of officers from the council faced off against elected members at the War Memorial Ground in Amblecote on Friday evening.

After a nail-biting match that ended with both teams level on runs, the council officers claimed a narrow victory in the deciding super over. 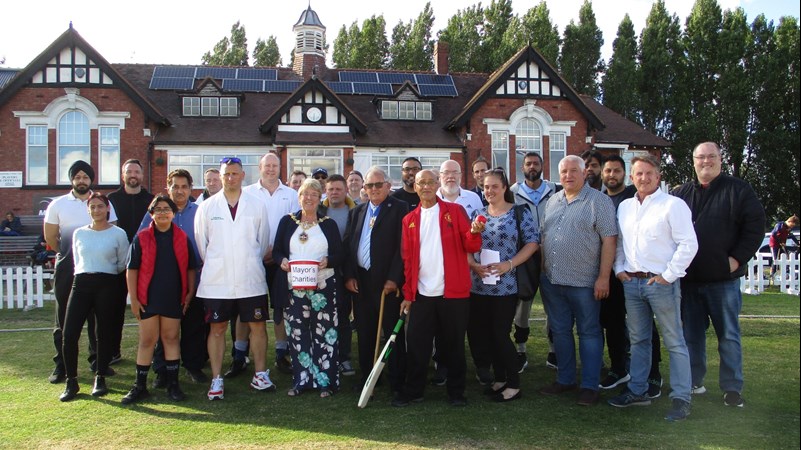 Councillor Sue Greenaway, the Mayor of Dudley, pictured with council officers and elected members who took part in her annual charity cricket match.

The match and prize raffle raised over £900 for Black Country Toy Appeal, Tough Enough to Care and Macmillan Cancer Support, who are the Mayor of Dudley’s chosen charities for her term.

It was wonderful to see so many people from across the council coming together to have fun and raise money for three fantastic causes.

I would like to thank everyone who helped to make the match possible and all those who donated to my chosen charities.

Stourbridge Cricket Club hosted the match, which was organised by Councillor Mohammed Hanif. The Mayor was presented with a bouquet of flowers by a group of young cricketers from the club before the match.

More information about the Mayor’s charities is available on her website at www.mayorofdudley.org.uk/charities.