Development to be named in Councillor’s honour

A new housing development will be named in honour of a “highly respected” Dudley Councillor who sadly died earlier this year, it was revealed today.

The new development when built will be named after Councillor David Vickers, who served as a councillor for 16 years with Dudley Council and passed away in February at the age of 73. 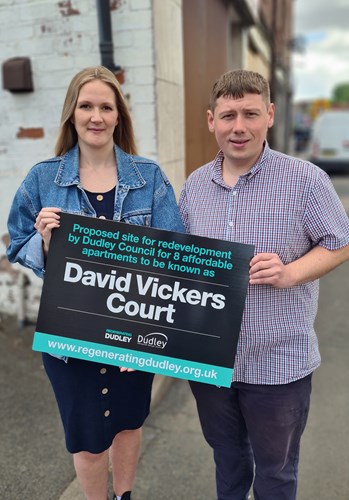 With the blessing of those closest to David, this development will be named in his honour.

David was a well-liked and highly respected local councillor who dedicated years of his life serving the local community as a ward councillor, cabinet member and deputy leader.

He worked tirelessly in the Halesowen area, not least with local campaigners in Cradley trying to regenerate Colley Gate. He truly was a driving force behind this project, and so many others across the borough.

We’re a little way off being able to start the build as we are still in negotiations to purchase the properties we don’t already own, or secure the Compulsory Purchase Order to enable us to take control of them. But we are confident this scheme will be built, and we feel it’s a fitting tribute to name it after David.

Dudley Council owns one of the properties and is in the process of acquiring the remaining properties before work on site can commence, and this may include the use Compulsory Purchase Order powers should negotiations with the current owner not prove successful.

Once the new homes are built, they will be made available to people on the council’s waiting list.