Award-winning comic and former junior doctor Adam Kay is bringing his smash hit show to Dudley lifting the lid on life working for the NHS.

This Is Going To Hurt, the live accompaniment to Kay’s Sunday Times bestselling book of the same name, is coming to Dudley Town Hall on Friday June 21. 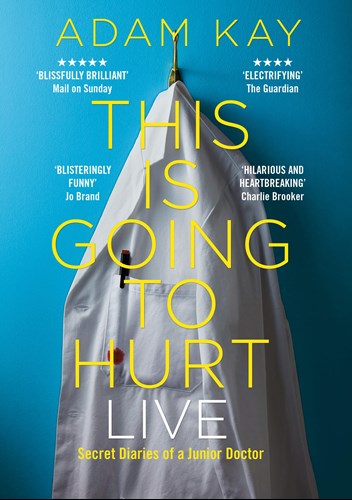 Tickets went on sale this morning (wed) and are expected to be snapped up quickly, with the show already having enjoyed sell-out runs at the Edinburgh Fringe Festival and in London to critical acclaim.

The book is being turned into a major BBC series, and copies will be available to be signed after the show.

We’re absolutely delighted to have secured a date to bring Adam Kay’s remarkable must-see show to the Black Country.

His accompanying book, ‘This is Going to Hurt’, is a best-selling phenomenon and is due to be turned into a major BBC series.

Adam has been selling out shows all over the UK, so we’d urge people to book early for the chance to see him live in Dudley.”