Dozens of new council homes on their way

More than 60 new council homes in Dudley are expected to be ready to move into by the spring of next year, as works remain on schedule 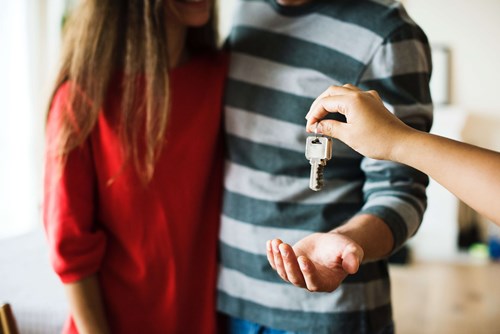 build project including details of four schemes, which are reaching the final stages of development.

First to be ready will be 12 one-bedroom apartments on the site of a former dilapidated furniture store on Wolverhampton Street, Dudley.  Work to turn the derelict site around began in October last year and it has been a key project in the town’s regeneration plans.

Also due to complete in the spring is a development of 12 properties including one-bedroom bungalows and two-bedroom dormer bungalows on Crowle Drive in Stourbridge and 10 new houses on land off Wychbury Road, Stourbridge.

Another 32 homes will also soon be ready to move into on the development off Middlepark Road on the Russells Hall Estate.

Since the project began, more than 300 council homes have been built and let to people on the council’s waiting list.

Building homes for rent is a high priority for us in Dudley as it is all about providing homes to local people who can’t afford to buy. Redeveloping areas of land that we own, which are calling out to be developed, is not just a good deal for people renting but also a good deal for local communities too.

I’m really pleased that we’ll soon be handing over the keys to dozens of new homes and I hope our new tenants will be very happy.

Our commitment to build new homes isn’t a short term project, there are already plans for another 44 in the pipeline and we expect to make many more planning applications in the coming months and years ahead.”

The council’s new build project runs alongside its private homes for sale project, which will see a further 79 new homes built across four sites, 20 of which will be available to rent.