More than 2,400 people from around the world tuned into a live broadcast by Dudley Performing Arts this month.

The virtual festival took place on Sunday 5 July, live on the group’s youtube channel. Teachers had been running virtual rehearsals since June with different instrument groups as well as co-ordinating a mass sing-a-long with children from schools across the borough. 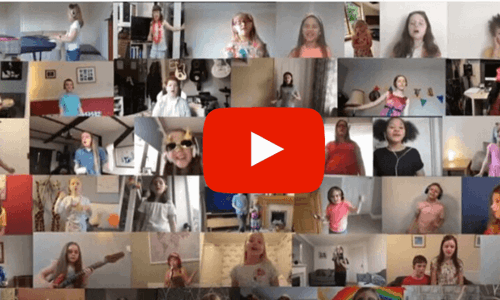 Performances by each of the instrument groups were recorded, edited and premiered on Sunday. Each piece contained a montage of the performers at home, with performances by wind bands, string groups, keyboard players, percussionists and guitarists.

More than 2,400 tuned in with viewers from afar afield as Greece and even the USA. The full performance lasts around 40 minutes and there’s a short one-minute taster too, both available on the team’s youtube channel.

The team has continued to teach hundreds of children via virtual tutorials over lockdown and is offering online and taster sessions to students who want to continue their studies or try out an instrument or singing lesson for the first time. It’s available to existing students as well as complete beginners. Sessions cost £7 for a 20 minute individual lesson which includes instrument hire for certain instruments.

The online festival was a resounding success, and I’m so proud of everything they’ve achieved.

People can still watch the performance and if they’re inspired try any of the online lessons which are available for everyone to access.

Our music teachers have continued to deliver quality one-to-one teaching, virtually over the summer term and this special offer will allow existing and new students to get dedicated teaching from a music professional when the schools return in September

Dudley Performing Arts will be re introducing face to face tuition during the term as conditions allow.