Dudley Council gets behind the Great British Spring Clean

The Keep Britain Tidy campaign, which runs from 22 March to 23 April, will see up to half a million people taking action to clean up streets, parks and beaches across the country. 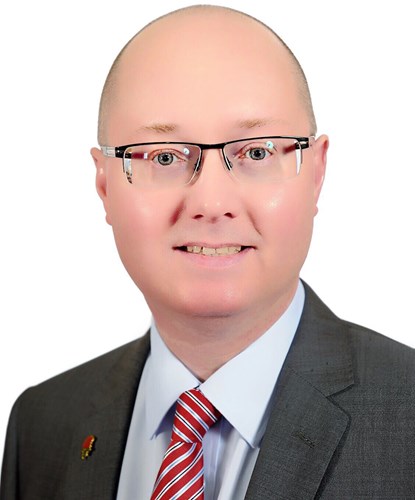 Dudley Council will be providing kits for volunteers including high-vis vests, litter pickers and bags.

Buffery Park Friends will be working with Blackacre Buffery Tenants association from 10am to 12pm on Sunday 24 March. People can find fellow volunteers at the paradise centre in the park.

At Wollescote Park, the Friends Group will be litter picking on Sunday 24 March from 10am to 12pm. Volunteers will meet near the top car park off Wollescote Road.

Netherton Park Friends will have their Big Spring Clean on Saturday 6 April from 10am to 12pm. People meet at the activity centre and there is on-street parking at Greaves Road.

People can join Wordsley Park (KGV) friends group, which will be holding a tidy up day on Saturday 6 April from 11am to 1pm. People will meet at the car park.

At Mary Stevens Park a local resident is organising a Stourbridge area ‘rubbish hunt’ from 10am on Sunday 14 April. The event is being organised in conjunction with Friends of the Earth and Tidy Stourbridge and will be followed by a community event in the park.

We are always looking to make our borough as clean and green as possible and volunteer led clean ups and litter picks like these ones make a huge difference to our parks.

Our litter pick packs are always available to volunteer and community groups and people can find out more by contacting Dudley Council Plus on 0300 555 2345.”

The Great British Spring Clean brings together individuals, community organisations, businesses and councils to make a difference to the environment on our doorstep and in 2018 around 370,000 #LitterHeroes collected more than 630,000 bags of rubbish.

This year’s campaign will not only see tonnes of litter being removed from the environment, it also aims to rescue thousands of the plastic bottles and aluminium drinks cans that are simply thrown on the ground that could be recycled. Volunteers will be asked to separate plastic bottles and aluminium cans from the rest of the rubbish and Dudley Council will collect waste bags to ensure they are recycled appropriately.

The Great British Spring Clean is an opportunity for the millions of people who care about the environment on their doorstep to do something positive that will make a visible difference.

We are delighted that Dudley’s parks are supporting this year’s campaign and would like to thank them for their support. Without councils across the country giving the campaign their backing, our volunteers would not be able to do the incredible job they do.”

To find out more or to find out how to organise your own event, contact parks.development@dudley.gov.uk, call 01384 810269 or visit the facebook page ‘Dudley Parks’

To find out more about the Great British Spring Clean visit www.keepbritaintidy.org

The Great British Spring Clean is the country’s biggest mass-action environmental campaign. The campaign was first run in 2017. In 2018, despite the Beast from the East, more than 371,566 #LitterHeroes volunteers took part including more than 126,651school children.

Of those who took part in the Great British Spring Clean 2018 and responded to Keep Britain Tidy’s survey, many report positive mental health benefits;

The Great British Spring Clean 2019, in partnership with the Daily Mail, is made possible thanks to headline sponsor Wilko and is supported by players of People’s Postcode Lottery. The campaign is also supported by Clear Channel, M&S, Coca-Cola, Mars Wrigley Confectionery, Walkers, Greggs, McDonald’s UK, Kärcher and Costa Coffee, with special thanks to Helping Hand.