Dudley Council has taken on devolved powers from the Driver and Vehicle Licensing Agency (DVLA) to address the issue of untaxed vehicles in the borough.

The council has employed a contractor to deliver the work, which began on 10 May. They have the authority to clamp and remove untaxed vehicles and charge a fee for the removal of the clamp or the return of the vehicle. They are authorised to sell vehicles if they are not collected within the times set out, with the associated fees settled.

The enforcement teams travel in vehicles equipped with number plate recognition cameras, and any vehicle spotted on the road that isn’t taxed, or is wrongly declared SORN, risks being clamped or impounded.

It is hoped this action will also reduce the number of abandoned vehicles the council has to deal with and help keep nuisance and potentially unsafe vehicles off the streets of Dudley. Abandoned vehicles become the responsibility of the local authority, who have to deal with their removal and disposal. Rapid removal of untaxed vehicles will also reduce the opportunities of vandalism which in turn become a danger to others and become unsightly in the community.

Getting such vehicles off the streets will also give the council more time to address other issues, such as fly-tipping and the unlawful storage and management of waste. 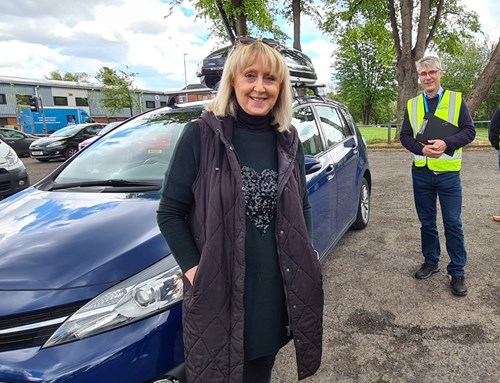 While the vast majority of motorists do the right thing and tax their vehicles correctly, untaxed vehicles not only cause a loss to the taxpayer, but they are often also not insured, not roadworthy and sometimes involved in serious crimes.

The action we are taking will help to keep unsafe and abandoned cars off our streets, making the borough a safer, cleaner place to live.

By law, all vehicles must be taxed or declared SORN, and the vast majority of vehicles are taxed correctly. It takes just a few minutes to check online that your tax is up to date and if not, to tax it straight away, so we’d advise motorists to do this right away, as having your vehicle clamped is expensive and inconvenient.

We send reminders weeks before vehicle tax is due and we make it as easy as possible for customers to tax their vehicles. The quickest and simplest way to tax a vehicle is by using our online service on GOV.UK, and you can also spread the cost through Direct Debit.

Notes to editors:
Clamping attracts a £100 release fee, increasing to £200 after 24hours. If the vehicle is impounded, this attracts a further £100 fee if the vehicle is collected within 24 hours, and £200 after the first 24 hours elapse. Additional fees may apply. All outstanding vehicle tax must also be paid.