Stourbridge is home for Dudley’s new head of children’s services.

Dr Catherine Driscoll, who is currently Chief Executive for Worcestershire Children First and Director of Children's Services at Worcestershire County Council, originally called Stourbridge home when she moved here at the age of ten. Although she’s worked away in Worcester for the last six years, the former Redhill and King Ed’s student holds great affection for her adopted home town.

In her current role, Catherine now heads up Worcestershire Children First, a not for profit company 100% owned by Worcestershire County Council (WCC) responsible for the delivery of services to children and young people across Worcestershire.

Previous to this she was Director of Children, Families and Communities also at Worcestershire County Council from 2016-2019 where she also served as Assistant Director, Social Care from 2009-2013. In between these two roles she also took up a post at Dorset County Council from 2013-2016 as their Director for Adult and Community Services. Catherine has worked in the NHS in both mental health and community settings, in the voluntary and community sector and, for the last 20 years, in local authorities. She has a PhD from the School of Public Policy at The University of Birmingham.

This new post at Dudley which she’ll take up in the new year is a chance for Catherine to head home and serve the community where she grew up. 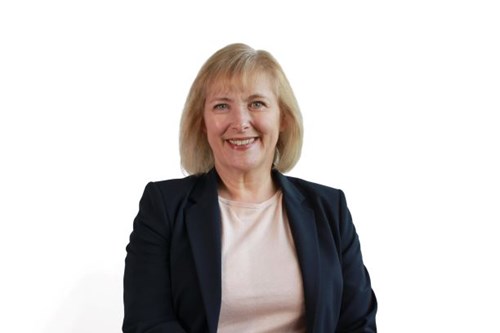 I’ve always thought of Stourbridge as my home, I went to Redhill School and later King Ed’s where I met my husband. My son also went to King Ed’s too as we held it in such high regard and I still have family and friends round here and I feel very connected to Stourbridge and the wider borough.

My first job fresh from college was at Wordsley hospital and it just feels so right to have come full circle and be heading home to serve the community where I spent so many important years.

I’ve loved my time at Worcestershire County Council and I’m incredibly proud of the work we and our partners did improving children's services to serve our children, young people and families. I’m keen to start work with my new colleagues and partners at Dudley Council to continue their excellent work and look at how we can develop the positive pathway they are on to help make children’s services in Dudley the best it can be.

We’re really looking forward to welcoming Catherine to the team. She’s an incredibly experienced and qualified candidate who brings a wealth of knowledge to the role, with experience across children’s services in particular but also social care, the NHS and the voluntary and community sector.

Our children and young people deserve the best service we can deliver and it’s important we attract and retain the best candidate for the post. This is a challenging, but rewarding role which is why we chose Catherine and we can’t wait to work with her to build on all the good work already underway in Dudley.

The post is set to be ratified at full council on 30 November and if passed Catherine will join the authority in the new year.