Hundreds of people gathered in Dudley to pay their respects to the heroes of the armed forces at the borough’s Remembrance Sunday parade and service.

The Mayor led the morning which included a parade from Top Church to the war memorial, followed by a service. 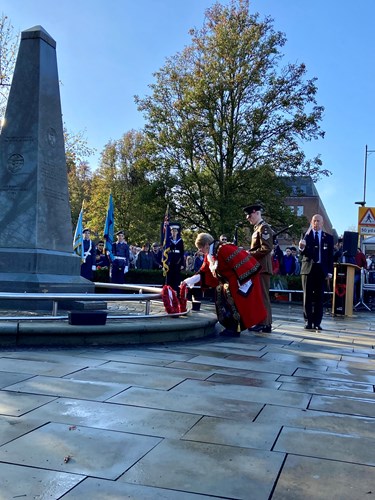 Civic dignitaries and community leaders lay wreathes at the cenotaph to honour the people killed on conflicts throughout history.

It was very moving to see so many people gathered in Dudley on this important occasion. While laying my wreath I was very moved to think of the sacrifices people have made over the years. I am very grateful to everyone who joined me today.