Borough parks are celebrating being a cut above the rest after being recognised as some of the UK’s best green and open spaces. 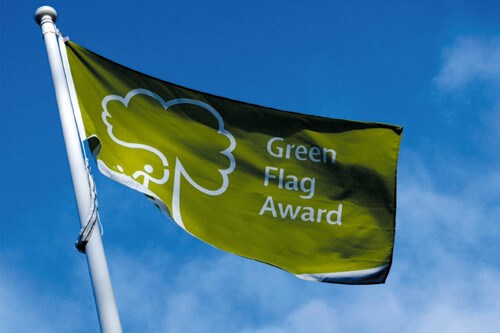 There are also two new additions to the borough list, with Huntingtree Park in Halesowen and Saltwells Nature Reserve making the Green Flag list this year for the first time.

The Dudley Council-run parks are among more than 2,000 UK parks and green spaces that have this year received the Green Flag Award – recognised as the mark of a quality park or green space.

Priory Park and Mary Stevens Park have also received the much coveted additional Green Heritage Site Accreditation for the management of historic features at the two beauty spots.

And Abbey Road Allotments was recognised with the Community Green Flag award for the fourth year in a row.

Our borough is blessed with a number of beautiful green spaces.

I am really pleased that the hard work of our teams and local community volunteers has been recognised once again with this prestigious status.

We are particularly excited about the Green Heritage awards, which recognise the drive to preserve and celebrate our unique history.

The international award, handed out by environmental charity Keep Britain Tidy, recognises and rewards the best parks and green spaces across the country.

A Green Flag flying overhead is a sign to visitors that the space boasts the highest possible standards, is beautifully maintained and has excellent facilities.

This year, more than ever, our parks and green spaces have been a lifeline and we know that millions of people have used them to relax, meet friends, exercise or simply escape for a short time.

It is testament to the incredible dedication and hard work of parks staff and volunteers that, despite the challenges that went along with record numbers of visitors, a number of Dudley Council’s parks and open spaces have achieved the highest international standards demanded by the Green Flag Award.