New CCTV cameras are being installed at key locations across Dudley borough as part of the continued roll out of the network.

New columns are being added to eight sites to position the new state-of-the-art cameras.

There will be 11 cameras added as part of the latest phase of the scheme.

It comes as Dudley Council is looking to invest an extra £320,000 a year for the next three years into the system as part of budget proposals. 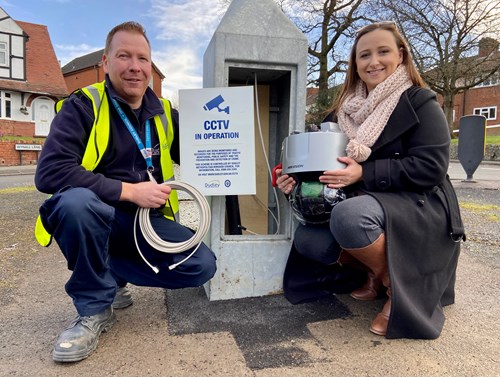 Council bosses visited one of the sites today to check progress on the expansion programme.

This is an exciting, new expansion of the programme which is already having huge success. Add to that the money we have pledged in the budget for next year, and there is significant work continuing, at pace, to make this borough safer than ever before.

Two years ago, the council invested £1.7million in the biggest overhaul of CCTV ever. It included ripping out the old, outdated cameras which were prone to repeated failure. They were replaced with new state-of-the-art cameras capable of seeing incredible details over hundreds of metres. A new control room was also built to monitor the cameras 24 hours a day, seven days a week.