More than £6,000 in fines have already been handed out to fly-tippers in Dudley who have been caught red-handed on the new CCTV system.

Over the past 12 months alone 15 people have been caught on camera and fined for dumping waste illegally.

Dudley Council has invested more than £1.7million in a new network covering towns and estates across the borough. 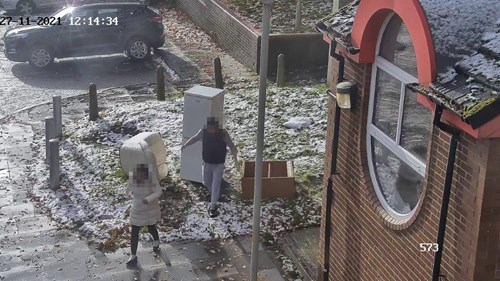 The new system uses state of the art cameras capable of capturing detailed images hundreds of metres away and can tackle a range of crime and anti-social behaviour. There are also deployable cameras which can be used to target hotspot areas.

The network has helped the authority catch fly-tippers in the act and issue them with £400 fines each time.

Recently, a woman was caught dumping a carpet at the side of the road in Halesowen. The cameras have also captured someone dumping an old sofa, drawers, bed bases a mattress and a sports bag left on a car park after a shopping trip.

The new CCTV is having a great effect in helping us catch people who break the law. The system is so advanced it will pick out details over long distances which makes it easier for prosecutions. The cameras send out a stark warning to would-be fly-tippers, there really is nowhere to hide. This is just the tip of the iceberg for what these cameras can achieve in helping us to create a safe and inviting borough. There is much more to come from these cameras which are already proving a great success.

New cameras have been placed in town centres and key locations across the borough. There are now more than 450 images being beamed into a dedicated control room 24 hours a day, seven days a week.

Earlier this year it confirmed an additional £1million would be spent over three years to make the network even more effective.

Fly-tipping is not only illegal but it leaves a blot on the landscape for people who take pride in this borough. We will leave no stone unturned in prosecuting these offenders and hitting them in the pocket instead of hard-working taxpayers. We’d rather people didn’t fly-tip in the first place but rest assured, people who deliberately break the law will continue to be caught on camera and fined.

The council is also appealing for help in catching fly-tippers. A dedicated You’ve Been Shamed web page has been set up with CCTV images of people caught dumping rubbish illegally.

People are being asked to help identify them by anonymously reporting details to the council. For more visit www.dudley.gov.uk/youve-been-shamed/