Four former Mayors of Dudley with a combined 88 years serving the borough were granted honours in recognition of their long service and charity work.

Councillors David Stanley and Alan Taylor have been granted Freedom of Dudley borough.

Former councillors Alan Finch and Steve Waltho are now Aldermen of the borough. All four have served as Mayor of Dudley in recent years and raised thousands of pounds for charity. 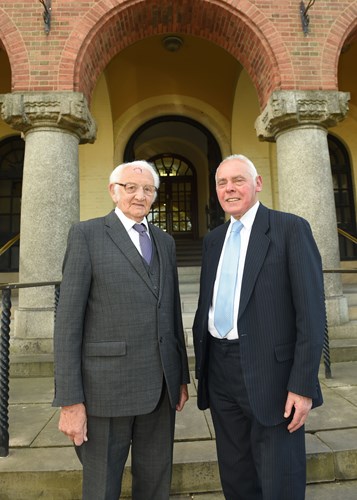 All four of these people have served their communities and the council with great pride and passion through the Mayoral role. These titles are a reflection of their work flying the flag for borough and the thousands of pounds they helped raise for worthy causes. As leader of the council I would like to thank them for that and am pleased the council can recognise them in this way.

Councillor Alan Taylor has served as a councillor for 22 years and is currently a ward member for Halesowen south. He served as Mayor from 2018-19.

Councillor David Stanley has been an elected member for a total of 24 years and has the unusual record of being Mayor for three municipal years – in 2007-8, in 2019-20 and again in 2020-21 when nominations for the title were suspended during the pandemic.

The pair will be presented with their scrolls later in the year.

Alan Finch and Steve Waltho stepped down as councillors at the recent local elections.

Mr Waltho had been an elected member for 24 years, most recently serving the St Thomas ward. He was Mayor in 2015/16

The quartet were granted the honours at a meeting of the full council tonight (Thurs).