Fostering film gets the Hollywood treatment

The red carpet rolled out today Monday (May 14) as a new film highlighting the need for foster carers for teenagers premiered in Birmingham. 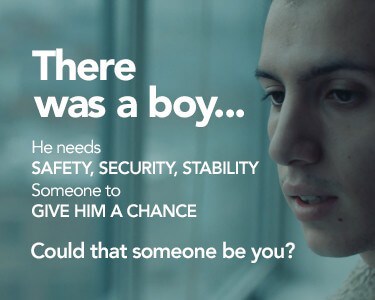 Fostering services from 16 local councils and trusts across the Midlands worked collaboratively to produce a new film ‘There Was A Boy’.

The film launched at the Everyman cinema in Birmingham and marks the beginning of Foster Care Fortnight, The Fostering Network’s biggest foster care recruitment campaign, which runs from May 14 – 27.

The three-minute film is both hard hitting and ultimately uplifting, it tells the story of Daniel and the two possible courses his life can take. Two alternative realities, one that benefits from foster carers and one that doesn’t.

The film ultimately shows the opportunities Daniel is given thanks to his foster carers, but the alternative reality is a troubled teenager without guidance, focus or motivation and with no support.

Foster carers have the ability to change lives and this is very evident when it comes to teenagers.

This new film really captures the positive role models good foster carers can be and the impact they can have on the lives of young people.

If you’re interested in fostering or know someone who might make a great carer visit our website www.fosteringindudley.org,uk to view the film and find out more.

We’re also holding a number of drop-in sessions during Foster Care Fortnight so people can speak to our fostering team and current carers, all the dates are on the website, I’d encourage people to pop in and have a chat.

There are thousands of fantastic foster carers from every walk of life who are proud to foster – but there is a need for more people who think they might have the skills and experience to foster to come forward.

There is a particular need for people to foster teenagers, so anything that can be done to raise awareness of this is to be welcomed. It’s a credit to each of the councils and Trusts involved in this film that they have come together to collaborate on such a high-quality film that clearly conveys both the impact that foster carers can have and the urgent need for more foster families across the Midlands.

‘There Was A Boy’ is the second film produced through the West Midlands Regional Fostering Recruitment Forum, to promote foster care across the region and focuses on the need to help at risk teenagers, following last year’s RTS nominated ‘Giants’.

People can view the film and find out more about fostering in Dudley by visiting www.fosteringindudley.org.uk

Foster Care Fortnight runs from May 14 to 27 and is the Fostering Network's annual campaign to raise the profile of fostering. It is the UK's biggest foster carer recruitment campaign.