Shoppers will be able to park for free on council car parks on the last two Saturdays before Christmas.

It ties in with the Dudley Deal, an informal agreement between the council and anyone who lives, works or runs a business in the borough. One of the pledges under #dudleydeal from the local authority is to promote borough town centres and encourage people to shop locally. 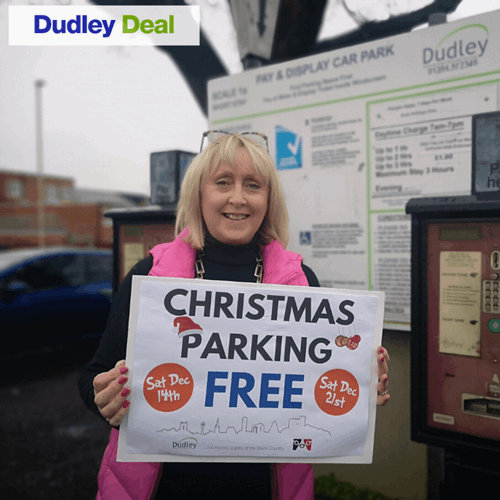 We are delighted to be able to offer free parking on the last two Saturdays before Christmas, which are traditionally the busiest two shopping days of the year.

Hopefully this will get tills jingling and give a big boost to our shops and traders in the town centres.

The council is already offering two hours of free parking in town centres during the daytime on local authority-owned car parks. Parking charges have also been scrapped after 7pm in a bid to boost the night-time economies of borough towns.