The Friends of Alder Coppice have been recognised for their work developing Sedgley’s ancient woodland at the 2019 Forging a Future For All Awards.

The team won the Improving the Local Environment Award (Group), announced at a black tie gala dinner at the Copthorne Hotel in Brierley Hill on Thursday 28 November.

The second Forging a Future For All Awards, organised by Halesowen and Dudley News and Stourbridge News, in partnership with Dudley Council, showcased how individuals and organisations have been working hard to make the borough an attractive, vibrant, healthy and safe place to live and work.

The group were recognised for their dedication and effort to make the much-loved Alder Coppice woods in Sedgley a space the whole community can enjoy. Their successes have included creating the UK’s first Conversation Crescent to help tackle loneliness among older people and a space for patients, referred by the local GP, to de-stress and unwind in nature. 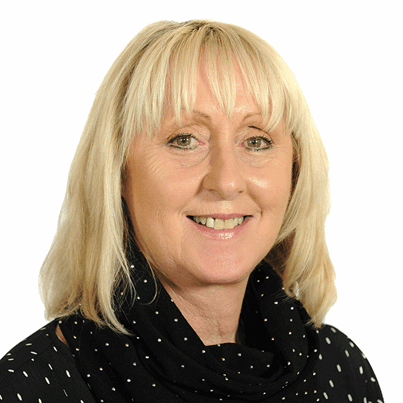 This is a real achievement for the Friends Group, they’ve really transformed the reserve and are ambitious for its future.

With the official Local Nature Reserve announcement from Natural England due any day now, I can’t wait to see how we can work support the friends group in the future.

As a group of local residents we wanted to improve the woodland for locals to enjoy and also to care for and manage the woodland to pass on to those that follow. A happy by-product is that we have all made new friends and greatly enjoy the activity.

Friends of Alder Coppice began when a group of residents, led by wildlife lover Simon Biggs, decided that more should be done to develop and promote the use of the 25 acres ancient woodland.

The group worked with the council to produce a comprehensive management plan, which was approved by Forestry Commission England. A vast amount of practical work to the woodland has been undertaken by the Friends of Alder Coppice, which has made the site more accessible with wood-chipped paths and three-way colour coded marked routes.

The ‘Conversation Crescent’ is a series of bench seats that allow visitors to easily see and speak to one another or to enjoy space and solitude if they prefer. The special benches were funded by Age UK Dudley as part of a project to combat solitude in older people.

Visitors to the site can hope to spot woodpeckers, badgers foxes, Muntjack deer and a host of wild flower and fungi. It is particularly worth visiting during the bluebell season for one of the best displays in the area. The wild garlic follows close behind and can be found near the stream.

Alder Coppice Nature Reserve is set to be officially declared as a Local Nature Reserve by Natural England in the next few weeks. The group has previously won awards for Biodiversity 2014 and Green Health 2016. They continue to go from strength to strength.

Find out more about the friends group at https://en-gb.facebook.com/FriendsofAlderCoppice/