Fun-packed festive shows on sale in run up to Christmas

Christmas is coming – and tickets are still available for a number of fun-packed festive shows at borough halls in the run up to the big day.

There will be two special performances of The Snowman Live! at Dudley Town Hall on Sunday December 18. 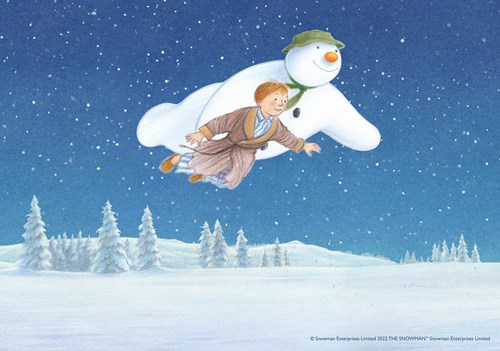 The classic story - based on the book by Raymond Briggs - will be shown on a big screen at 2pm and 5pm, and synchronised with a live professional orchestra in the hall on St James’s Road.

Britain’s Got Talent finalists The D-Day Darlings will be at Halesowen’s Cornbow Hall on Friday December 23.

The group will present A Christmas to Remember – a festive show for the whole family – and perform festive classics including Jingle Bells, Frosty the Snowman and It’s Beginning to Look a Lot Like Christmas.

A series of Christmas films will be screened at Stourbridge Town Hall including the return of the popular Frozen Sing-A-Long and a relaxed screening of Abominable, both on Tuesday December 20.

There are also a number of shows being put on by local groups and performers during the festive period.

They include four concerts by Dudley Performing Arts across Dudley and Stourbridge Town Halls, and a performance of A Christmas Carol by Saltmine Theatre Company in Stourbridge on Thursday December 15.

We really do have something for everyone at our halls in the run up to Christmas.

As well as our wonderful festive events, there are a number of other great shows including appearances by 90s legends East 17 and leading Elvis tribute artist Gordon Hendricks.

Tickets are going quickly, so we would urge people to get in quick to avoid disappointment.

Tickets are available for all of the above shows online at www.boroughhalls.co.uk or by calling the box office on (01384) 812812.