Future of mothballed former Hippodrome to be decided

Council bosses are inviting bids to determine the future of the mothballed former Hippodrome building in Dudley.

Dudley Council today announced an ‘expressions of interest’ exercise which will allow interested parties to submit business cases for the future of the site and / or building.

The council will seek ideas as to how the building – or the cleared site – can be used to benefit the borough. A number of attempts have been made to take over the building, which have failed due to  successive groups inability to secure funding for refurbishment. 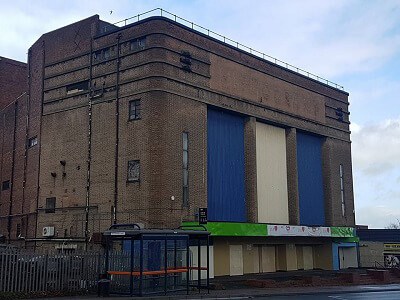 The council took back the keys to the site this summer after a group failed to achieve significant milestones with their project.

Now the council has vowed to bring the matter to a conclusion - once and for all.

We have bent over backwards to make sure that we consider every option for this building, but we cannot allow this to become another town eyesore. We are looking for expressions of interest in the site, which must then be backed by a robust business case and financial proposition, in order to make sure we have left no stone unturned in determining the future of this site.

Dudley Hippodrome was built in 1938. The site has not been used as a theatre since 1964 when it became a cinema and later a bingo hall.

People or organisations have until August 31 to submit formal offers. Application forms can be obtained from and completed bids submitted via email to tony.haddock@dudley.gov.uk