Three green spaces across Dudley borough are set to be given special status which will help give them greater protection for future generations.

The move which is being considered by Dudley Council will make them special areas in terms of nature and conservation.

The land at Clockfields, in Brierley Hill, could be made a Sites of Local Importance for Nature Conservation (SLINC). The area of wood and grassland, which runs next to Stourbridge Canal, is considered a key conservation area and a commuter route. 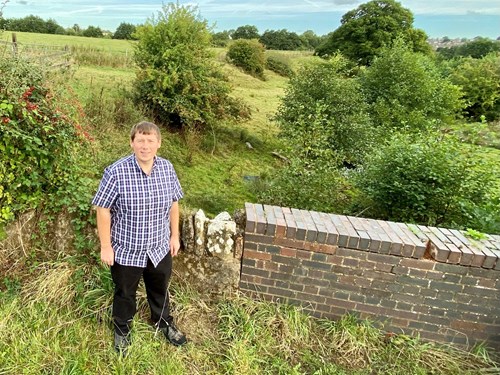 At the same time, land at Uffmoor (Tack Farm) in Halesowen, is already designated a Site of Local Importance for Nature Conservation (SLINC) but the Stour Valley section is being considered for an upgrade to a Site of Importance for Nature Conservation (SINC). The hedgerows on the same site are also inline for SLINC status.  The site boasts a diverse mix of wood and grassland.

Finally, parts of the land at Pedmore Lane, in Stourbridge, already have SLINC status but sections of currently undesignated hedgerows, scrub and woodland could be included.

Ecological surveys have been carried out on the sites to assess their suitability for the protected status.

Dudley Council is looking at the detail of the proposals and a report will be determined by cabinet on September 22. If approved the sites will form part of the local and regional planning policies which could give them greater protection from development and maintain and enhance the borough’s environmental infrastructure and ecological habitats.

We have lots of green spaces which need to be protected at all costs. They not only offer important conservation and ecological sites of significance for wildlife they provide great places for people to spend time in. There have been in-depth studies done at all of these sites which have highlighted their importance and we will be looking at giving them extra protection through planning policy to preserve them for many years to come. Ends Pictured: Councillor Simon Phipps at land at Uffmoor.