Jailed carer fails in bid to appeal against conviction and sentence

A crooked carer who was jailed after fleecing a 93-year-old war veteran out of nearly £250,000 has failed in her bid to appeal.

Veronica Robinson had attempted to obtain leave to appeal against both her conviction and sentence. However, at London’s Appeal Court, Mr Justice Green refused her application.

The 62-year-old was found guilty following a trial in March last year of fraud and perverting the course of justice, following a lengthy investigation led by Dudley Council’s trading standards team.

The court heard she began cleaning the house of a blind Second World War veteran in 2013. She then took control of the victim`s life, purporting to be his carer, and isolated him from family, friends and neighbours who had previously helped care for him at his home in Halesowen. 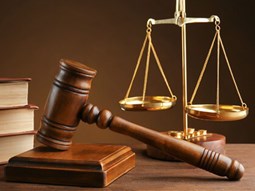 Robinson then went on to manipulate the man into paying for a £190,000 house for her as well as regularly plundering his bank account and his life savings.

Robinson, whose address was given at her trial as High Haden Road, Cradley Heath, also falsified a document put before a court in a bid to cover her tracks after what she was doing was discovered.

The latest hearing in London took place on July 9.

Veronica Robinson committed a despicable crime, taking advantage of an extremely vulnerable man to dupe him out of hundreds of thousands of pounds.

Our trading standards team worked tirelessly to bring her to justice and we were satisfied with the lengthy prison sentence handed out. We welcome the decision from the Appeal Court in London to refuse her leave to appeal, as no doubt will his family.

As a council we are extremely committed to protecting residents of the borough from financial exploitation. This case should serve as a warning of the potential consequences to those who are thinking about exploiting people. We will do all we can to prevent abuse of this nature.

Anyone with concerns about an adult they feel may be at risk of harm or abuse can report them to Dudley Safeguarding by calling 0300 555 0055 and selecting option 1. It can also be reported online.