Cult stand-up Jimeoin will stop off in Dudley for the first time on his latest tour, it was revealed today.

Born in Leamington Spa before moving to Ireland and then Down Under, he is regarded as one of the best in the craft live on stage and has appeared on the likes of Live At The Apollo, 8 Out of 10 Cats and The Royal Variety Show. 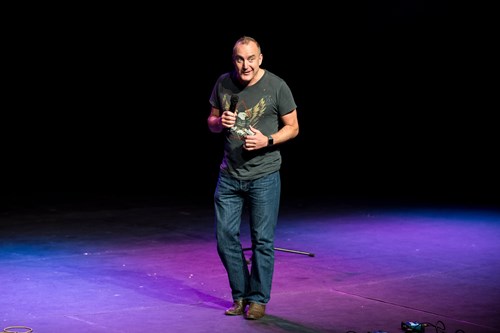 Jimeoin will perform his latest show, called Ramble On, at Dudley Town Hall on Friday October 18. Tickets will go on sale at 10am on Friday and are expected to be snapped up quickly for the St James’s Road venue.

We’re really looking forward to welcoming Jimeoin along for his Dudley Town Hall debut in October.

He’s one of live comedy’s true masters. A real world-class stand-up. This will be a brilliant night out.”