The Mayor of Dudley was “honoured” to meet with local residents who have been awarded the British Empire Medal in recognition of services to the local community.

Councillor Anne Millward passed on her congratulations to those who were recently presented with their medals by the West Midlands Lord-Lieutenant, John Crabtree OBE at a ceremony in Birmingham.

The Mayor of Dudley met with Rosemary Haines who was recognised for her devotion to helping children and young people in Halesowen. She created the First Hawne Brownie Pack in 1993 and went onto foster children from 2008. 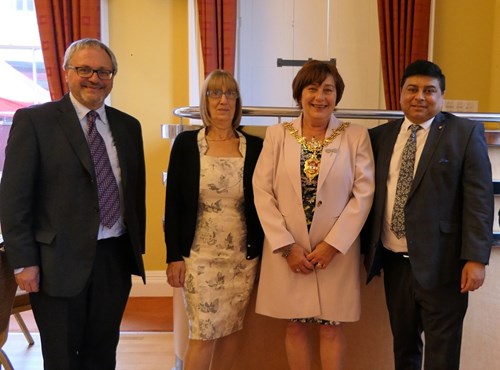 The Mayor also met with Barry Clark who was recognised for his services to libraries as well as Manoj Lal for his efforts in assisting vulnerable migrants in the West Midlands and Ceri Davies who was honoured for her work to support people with disabilities and disadvantaged and life limited children and their families. 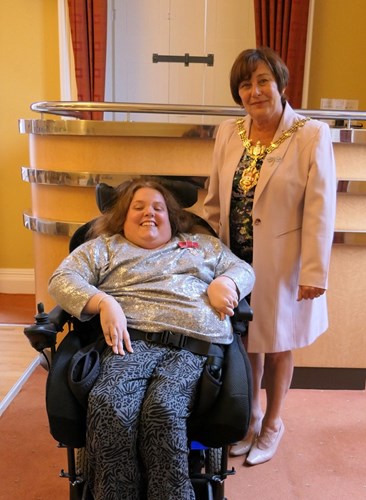 From left to right: Ceri Davies with the Mayor

Ceri has been received many awards for her bravery, leadership and campaigning for the rights of disabled children and young people. She won a Mayor’s Civic Award in 2006.

Rosemary, Barry, Manoj and Ceri are heroes in our communities, working tirelessly to make a difference in people’s lives.

Being awarded the British Empire Medal is a recognition of their efforts by Her Majesty the Queen and I’m delighted they’ve been acknowledged in this way.

I was honoured to meet with them recently to pass on my congratulations and find out more about their work.