The Mayor of Dudley will show his support for Halesowen’s bid to win a coveted RHS award when a national panel of judges visits the town next month.

A team, of more than 100 volunteers, is busy putting the finishing touches to the Halesowen in Bloom entry for the national finals of the Britain in Bloom awards 2018.

Having scooped their third gold medal in last year’s regional heats, Halesowen in Bloom was put forward to represent the whole of the Heart of England in the award’s national urban community category. 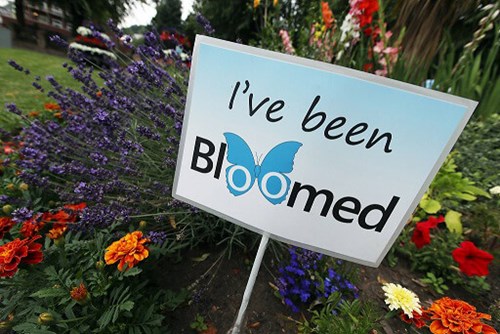 They face stiff competition from the likes of Bankside in London and Stanwix in Carlisle but the Mayor of Dudley is confident Halesowen has what it takes to take the title.

The team behind Halesowen in Bloom is working so hard to create wonderful floral and art displays to represent the town, borough and wider region on a national scale.

They are a shining example of what it means to be community spirited and are deserving nominees of the coveted national prize.

I look forward to meeting the Royal Horticultural Society judges next month and wish the team the very best of luck.

Once again our environmental services team is happy to support this event in partnership with the volunteers. The town is looking exceptional, which is a credit to all involved, made more challenging than usual by the current heat wave.

We’ve got a great team of volunteers who have given up so much of their free time to bring our entry to life. Our displays are a credit to them and I would like to say a big thank you to everyone who has helped us get this far.

We’re really proud to be representing Halesowen and the Heart of England and we’ll all be keeping our green fingers crossed for a successful result.

There are two themes for this year’s entry. The first celebrates the town’s button-making heritage and the second commemorates the centenary of the end of World War One.  As part of the display, the town’s war memorial has been covered in 1,000 knitted poppies, handmade by local community groups.

This year’s Halesowen in Bloom is supported once again by Sandvik and the Halesowen BID company.

The winners of the national awards will be announced in October.