Military themed films will be aired on a big screen in the prestigious grounds of Himley Hall and Park later this month to mark national Armed Forces Day.

The films will be shown as part of a bumper four-day drive-in cinema event organised by Dudley Council in association with the Stone Group from June 24 to 27.

The military films will be shown on the final day (Sunday June 27) to coincide with what would have been the borough’s traditional Armed Forces Day celebrations in the park. 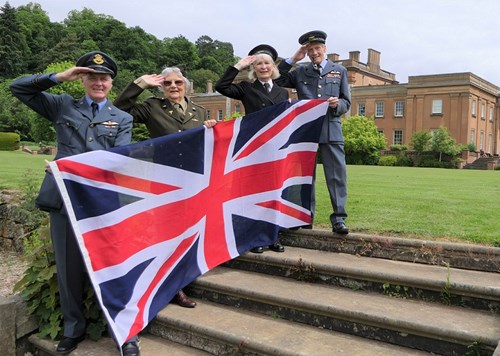 The Stephen Spielberg-directed War Horse will be shown at 1pm followed by the classic The Great Escape starting at 5pm.

This is the second year running we haven’t been able to hold our normal Armed Forces Day celebrations.

Our military themed films are a nod to the event we would normally hold to commemorate our armed forces and celebrate the efforts of all those serving past and present.

Although it’s a great shame that we can’t hold our normal event I hope people can come along and enjoy the films.

I am pleased that we will still be holding a veterans badge presentation, a usual feature of our Armed Forces Day event, albeit on a smaller scale, on Reserves Day on Wednesday June 23.

People who think they are entitled to one of the HM Armed Forces Veterans Badges should call the Veterans UK helpline on 0808 1914 218 or email dbs-modmo-vetsbadge@mod.uk to apply, or for medal queries DBS-Medals@mod.uk

Veterans need to have applied for and received their badge before contacting Dudley Council in order to have them presented on the day.

Second World War veterans who served on the arctic convoys and in the Bomber Command can also apply for their badge by calling the Veterans UK helpline.

Anyone who has already received one of the badges but has not had it formally presented to them before, can contact Dudley Council on 01384 818186 to be part of the ceremony.

The special Reserves Day event will be supported by K2 Security, Jewson and Fieldings Auctioneers.

The national Armed Forces Covenant ensures people who have served in the Armed Forces are treated fairly. To find out more go to www.armedforcescovenant.gov.uk