Zany one-liner comic Milton Jones is returning to Dudley with a brand new show, it was revealed today.

Famed for his eye-catching shirts and hair-raising barnet, and as seen on the likes of Live At The Apollo and Mock The Week, the comic has always proved a big draw in the borough.

And after selling out his last show at Dudley Town Hall in 2017, Milton is returning to the St James’s Road venue on Friday February 7 next year with Milton: Impossible. 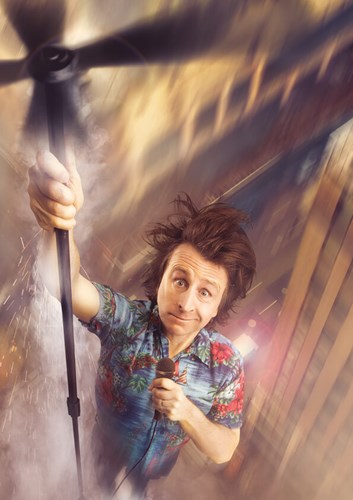 Tickets go on sale at 10am on Friday and are expected to go quickly.

We’re really excited to have the wonderful Milton Jones back in the Black Country next year with his brand new stand-up show.

His previous shows at Dudley Town Hall have attracted full houses and gone down a real storm, and we’re expecting the same again this time.”