Dudley is to get around 300 of its own versions of the “Boris Bike” as part of a deal to grant more powers to the West Midlands Combined Authority (WMCA).

Dudley Council’s ruling cabinet will hear about plans to bring the bikes to the borough while considering the Second Devolution Deal between WMCA and the Government at a meeting on June 27. 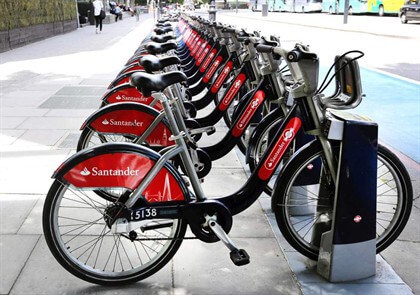 Docking stations will be located around key sites in the borough’s towns, with bicycles available 24 hours a day.

Annual membership to the scheme will cost just £30 per year, meaning riders can access the bikes for as little as 8p per day.

The first 30 minutes are usually free and charges apply per half hour after that.

The cabinet will hear Dudley is part of phase three of the project to roll the bikes out across the region, with an initial date of autumn this year for delivery.

It will be similar to London’s Santander Cycles – formerly known as Boris Bikes in honour of keen cyclist Boris Johnson, the current Foreign Secretary who introduced a similar scheme in the capital during his tenure as Mayor of London.

Other benefits to the borough of a second devolution deal include funding worth hundreds of millions of pounds for projects such as the Brierley Hill Metro extension, the new Music Institute in Brierley Hill, DY5 Enterprise Zone, Very Light Rail and the new Dudley bus station.

As a council we are very much in favour of any move which allows local people in Dudley a greater say on what happens in the towns where they live.

This second devolution deal will bring massive benefits to this borough.

The bikes have been very successful in London and in Birmingham, and indeed in cities right across Europe.

In Dudley hopefully they will be embraced, as they have been elsewhere, to help cut congestion and promote cleaner air.

Beyond that, as a borough we stand to benefit massively from huge investment directly from WMCA, to fund some unbelievable projects which will be real game-changers.”