A new chief executive has been appointed by Dudley Council.

Kevin O’Keefe will take over the top job at the local authority from current incumbent Sarah Norman, who is leaving in June to take up the chief executive role at Barnsley Council. 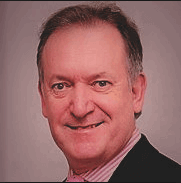 The 54-year-old will take up the role in Dudley after leaving his current post as Director of Governance at Wolverhampton City Council.

The appointment of Mr O’Keefe after a rigorous selection process was tonight ratified at a meeting of the full council at Dudley Council House.

I am extremely excited about the role and I’m already looking forward to getting started.

Dudley borough has so much to offer, with multi-million pound regeneration plans and a clear vision to forge a future for all.

Together with the authority’s dedicated workforce, I am confident I can help lead the council positively over the coming years.”

Mr O’Keefe joined Wolverhampton City Council in June 2014 as Interim Director of Law, and has been Director of Governance since December 2014. He previously worked at Herefordshire Council for 12 years as Director of Shared Legal Services. A start date is yet to be confirmed and his appointment is subject to all the necessary pre-employment checks.