Council bosses now have tougher new powers to deal with unauthorised traveller encampments after work was completed on the temporary transit travellers site in Coseley.

The site in Budden Road is now complete and fully operational. 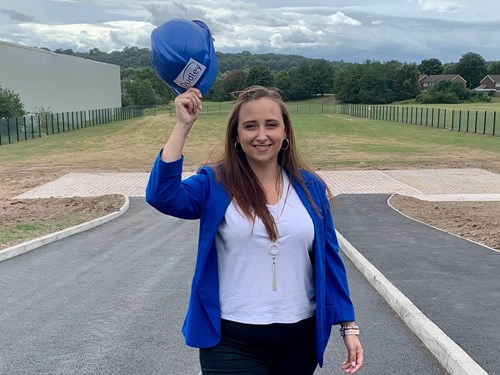 The news means that any unauthorised traveller incursions can now be moved on quicker and save money.

Under the new rules travellers arriving in the borough will be immediately directed to the new site. If they refuse the police and Dudley Council officers can move them on quicker than ever before.

Council bosses today hailed the completion of the much-discussed site as a major boost.

We made a very firm commitment to get this site up and running to help protect public land, and the public purse from unauthorised encampments, and I am delighted that we have delivered on that promise.

The proposals for a temporary transit site have been fully scrutinised at every step and I am pleased it is now complete.

The new site is very much a deterrent. People who come here are charged for its use but it also gives us greater powers to move unauthorised encampments on quicker and cheaper which has to be good news.

We will be closely monitoring the site as we are keen to reassure local residents, who have previously expressed concerns, about the site moving forward. That is very important to us.

Sandwell already has a site in place and Wolverhampton and Walsall are also looking at potential sites – increasing pressure on Dudley Council to avoid a displacement of unauthorised encampments from elsewhere in the Black Country.

The council is currently spending around £150,000 a year on legal fees and clean-up costs.