New tea to be launched in honour of Duncan

A new bostin’ Black Country cuppa will be launched this month in memory of Dudley footballing legend Duncan Edwards.

‘Brew Number 6’ is named after the iconic number 6 shirt the Busby Babe wore for both Manchester United and England. 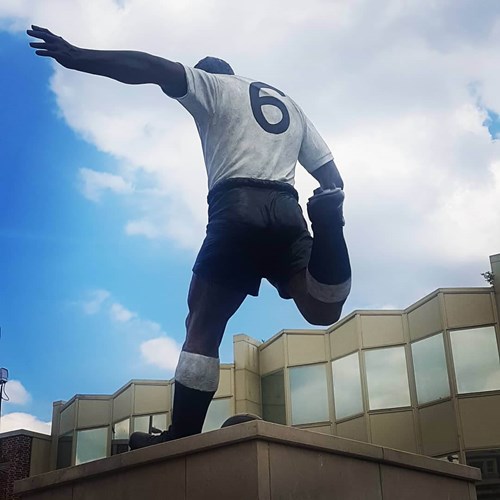 It will be launched by the Mayor of Dudley, Councillor David Stanley, on Friday August 16.

The Duncan Edwards Foundation, spearheaded by Rose Cook-Monk, has worked with a company in Warwickshire to produce the tea.

It will be available to buy locally following the launch, with profits going back into the Foundation.

Duncan Edwards, who was teetotal throughout his career, played with distinction for Manchester United and England before he was tragically killed in the Munich Air disaster in February 1958.

Invited guests will join Rose and the Mayor of Dudley in the Mayor’s Parlour from 3pm on August 16 for the launch which will include short speeches, a media photo-call and a chance to sample a cup of ‘Brew Number 6’.

I’m really looking forward to the official launch of a new tea in the honour of Duncan Edwards.

It’s another fitting tribute to a great man who really put Dudley on the map as a world-class footballer.

We thought about creating a drink in Duncan’s honour and the first thought was to look at doing a beer.

But, with Duncan being teetotal, it didn’t quite sit right so the best thing to do was to create a bostin’ cup of new Black Country tea.

Things like this are all part of the main aim of the foundation, which is to raise the profile of Duncan and what he did and achieved.