A new oak tree is to be planted in Dudley to commemorate the life of the Queen with floral tributes to her used to help it grow for future generations.

The new trees will be planted in Coronation Gardens to honour the longest serving monarch in Britain’s history.

Hundreds of people brought flowers to parks and open spaces and signed the commemorative books of condolence in the days after her death. 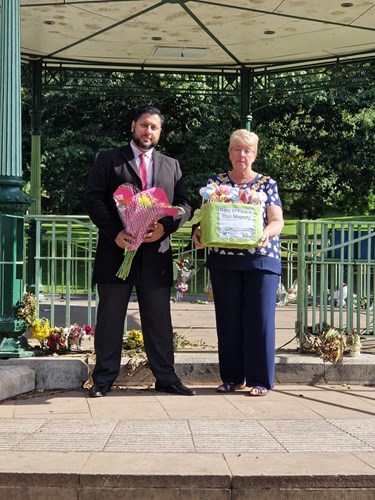 Dudley Council bosses are keen to put the flowers to good use by composting them and using them as the fertiliser for the new tree.

All cards from the flowers will be added to the books of condolence.

The Mayor of Dudley joined the council’s public realm boss for a walk around the floral tributes in Mary Stevens Park today (Fri).

The floral tributes and messages in the books of condolence have been very moving. Clearly, the Queen meant a lot to all of us and people are genuinely compelled to share their emotions about her death. To see the amount of flowers placed is really touching and I would like to thank everyone for taking the time to do this. When we plant the tree it is the start of a new life and way of remembering her life and how much it meant to people.

The Queen visited Dudley borough three times during her reign.

The first visit was in April 1957 as part of a tour of Staffordshire and Worcestershire, covering eleven towns in the Midlands including Halesowen, Oldbury, Rowley Regis, Dudley, Brierley Hill, Stourbridge, Hagley, Kidderminster and Worcester.

She visited again in July 27 1977 as part of the celebrations to mark her Silver Jubilee with a visit to the Council House, Dudley.

The Queen returned one last time in June 1994 when she opened the new visitor centre at Dudley Zoo. 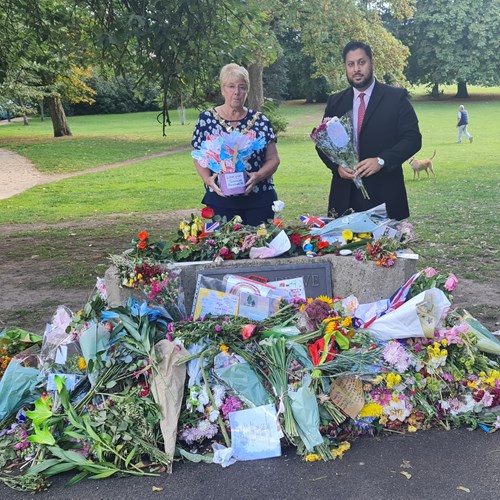 Laying flowers clearly helps people through a very emotional time and we could not allow these to go to waste. By planting a tree we are able to add a permanent reminder locally to how much the Queen did for us during her reign and her very special visits to the borough.

The tree will be planted on a date to be fixed.