Staff and pupils at Gig Mill Primary School are celebrating after receiving a glowing Ofsted report.

The Dudley Council school in Stourbridge, which has 591 pupils aged four to 11, has retained its ‘good’ status following a short inspection in December. 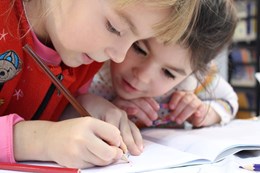 In the report, inspectors praised the commitment and drive of school leadership and staff to provide the best education for their pupils, highlighting a very strong-shared commitment to wanting the best for every child.

Working under the school motto ‘Together we care, together we succeed’, standards across the school have risen and pupil progress is much stronger, with writing progress now being above the national average.

Ofsted has praised the school for making improvements in a number of areas including attendance, which is now above national average, and the teaching of phonics, with the proportion of pupils reaching the expected standard at the end of Year 1 rising from 38% to 90%.

The inspector states that pupil behaviour is impeccable and children conduct themselves to the highest standard, being confident, curious and having well-developed positive attitudes to learning. Many parents also commented positively on the inclusive and caring nature of the school.

The report also states that children get a very good start to school with strong provision at nursery and reception stages and that those children who are not making expected progress are provided with additional help and support throughout their time at the school.

Our school motto is at the heart of all we do at Gig Mill: Together we care, together we succeed. We endeavour to make our school the very best that it can be, and this is reflected in this great report.

The report reflects the hard work and dedication of the staff team over the past five years, and improvements made year on year to make Gig Mill a great place to be.

I would like to personally thank everyone across our amazing school community for making this a reality, I could not be more proud of our staff and pupils and all that we have achieved together.”

This Ofsted report marks out just how hard everyone at Gig Mill Primary is working to make this school truly great and I would like to extend a huge congratulations to the head teacher, leadership team, staff, pupils and governors for everything they’ve achieved.

The encouragement, support and belief in the potential of every one of their students means that pupils at Gig Mill get the best possible education and have a great foundation for a bright and promising future.”