One week to go to games festival

There’s just one week to go until people can watch all the action live from the Commonwealth Games as part of a weeklong festival in borough parks.

From next Monday (August 1) people can watch the games live on a big screen as part of a festival, which will tour borough parks.

They will also be able to get active and join in a host of free sporting activities, which range from soft archery, a climbing wall, zorbing and cricket demonstrations. 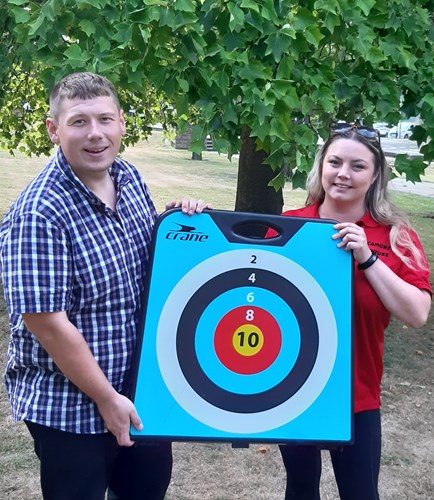 There will be sporting competitions including long jump and tug of war plus den building and arts and craft activities.

The festival aims to bring people together to celebrate the biggest international sporting event ever to be held in Dudley. It will incorporate Play Week, which is traditionally organised by Dudley Council every year in borough parks.

On Thursday August 4 when the time trial cycling event comes through Dudley borough, three festival events will be taking place.

This is the moment we’ve all been waiting for; the Commonwealth Games are nearly here, and we are incredibly proud and excited to be taking part in such a prestigious international sporting event.

We had the Queen’s Baton Relay coming through the borough yesterday, which was fantastic to see and with the festival about to take over borough parks and the time trial just around the corner, there’s lots to look to forward to.

The festival is open to everyone, whether you just want to soak up the atmosphere and watch all the sporting action live or get involved and try new sports. Please come along and be part of this momentous occasion.

The festival will incorporate this year’s play week activities and will support Dudley’s ambition to be a Child Friendly borough, where all children and young people have the opportunity to reach their full potential.

The Birmingham 2022 Commonwealth Games start this Thursday (July 28) and run until August 8.