Volunteers and community stalwarts are in line for a prestigious award from the Mayor of Dudley.

People are being urged to nominate unsung heroes from the world of sport, art, community spirit, education, business and environment as part of the Mayor’s Ball and Civic Awards.

The awards are presented by the Mayor at his annual charity ball in April which raises thousands of pounds for worthy causes. 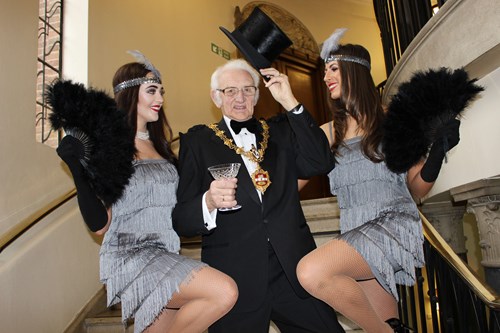 The public now have six weeks to nominate the people who go above and beyond in their communities for the awards, which are this year in association with Lapal House.

Local businesses have this year backed the awards which are all named after heroes of the borough.

They are the Duncan Edwards award for sport, the Cedric Hardwicke award for arts, the Frank Foley award for community spirit, the Thomas Attwood award for education, the Mike Holder award for business and the William Shenstone award for environment. These are all sponsored by local businesses including Jewson, Excel 2000 Windows, FS Harrison Roofing, GMB Union and Copthorne Hotel Merry Hill.

Nominations for this year’s awards are now open and people will be able to put names forward until Friday 8 March.

The Civic Awards are an opportunity to recognise the hard work and dedication of people who give up their time to help those around them without seeking any thanks or reward.

These are people who have achieved great things, helping others or encouraging their communities to flourish by developing people’s skills and confidence and creating business opportunities.

It only takes a few minutes to nominate someone, and it’s worth it to see these dedicated people getting the recognition they deserve with one of our civic awards.”

There is also a seventh trophy, the Mayor’s Pride of Dudley Award, which will be decided by a public vote in March. The Mayor will choose four people or groups he feels have stood out to him on his civic engagements so far in his Mayoral year.

The public will then have the chance to vote online for the winner. Nominations cannot be put forward for this particular award. A judging panel will decide the other six categories.

The winners and runners-up will be presented with their prize – a bespoke piece of glass designed by local glass artist Allister Malcolm and a certificate by the Mayor of Dudley at the Mayor’s Ball and Civic Awards at the Copthorne Hotel, Brierley Hill on 5 April. The annual ball raises thousands of pounds for the Mayor’s chosen charities each year and award winners will have the chance to celebrate their achievements with distinguished guests.

People can nominate online at www.mayorofdudley.org.uk/civicawards or can pick up a nomination form from libraries and leisure centres across the borough. Alternatively contact communications and public affairs on 01384 817449 for a form. People can also purchase tickets for the ball online or by calling 01384 81561