Two stars of Peter Kay’s cult sitcom Phoenix Nights will head the bill in the comedy tent at this month’s Black Country Musicom.

Archie Kelly, who played Kenny Dalglish Senior, and Barbara Nice, who played Holy Mary, will both appear at the event on Sunday September 12 in the grounds of Himley Hall. 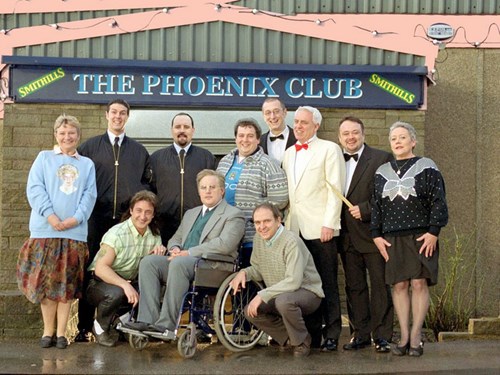 They will be joined by a number of local comedians including Sean Percival and Nipper Thomas while two stars of A Black Country Night Out – compere Ollie Spencer and Emma Rollason as Dolly Allen – will also appear.

The comedy tent runs from 1pm to 6pm.

Other entertainment on the day will include live music on the main stage from tribute acts for the likes of Adele, The Killers, Bruno Mars and UB40, while there will also be a funfair, food and drink stalls, and much more.

We’re delighted to be welcoming two faces who will be very familiar to many from one of the most popular TV sitcoms in modern times.

Archie and Barbara will be joined by local comedic talent, and with loads more going on at Himley, this year’s Black Country Musicom promises to be a brilliant day out for the whole family.

Get your tickets now and don’t miss out on all the fun.

Tickets costing £12 for adults and £6 for children are available at https://www.himleyhallandpark.co.uk/bcmc. This is still the early bird price, and will increase for people wanting to pay on the gate.