A “pothole purge” is under way in Dudley after a £1million injection to tackle the problem was given the greenlight.

Dudley Council will tackle potholes and look at resurfacing of residential roads.

It comes after the budget proposals, detailing significant investments in services across the authority, were given the green light recently. 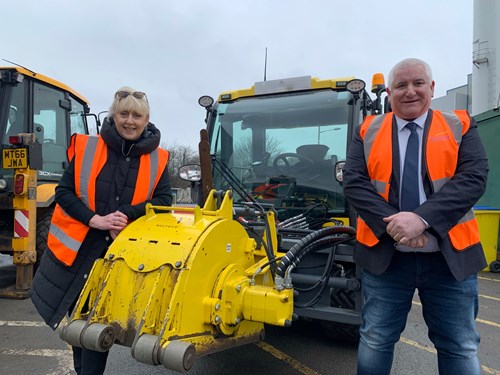 The highways cash will target around 900 extra potholes across miles of residential streets as well as some complete resurfacing of roads.

I am delighted we have been able to put this extra money into the budget. We have listened to local people about what is important to them.

Now the budget has been approved we can get on with making our roads safer for everyone who uses them.

Watch: Councillor Karen Shakespeare explains why the investment is so important and how the money will be used

We work hard to keep our roads in good condition but we are always battling against the damage caused by snow and ice and general wear and tear.

We get lots of requests to deal with potholes so clearly this is money well spent in making our roads safer.

This money will help us specifically target even more residential roads with resurfacing and pothole repairs this year and our crews will be working hard to tackle this important work.

There are lots of ways for people to report potholes and other issues to the council including over the phone, via the website, social media or via the council’s smartphone app.

Councillor Karen Shakespeare and Councillor Patrick Harley with some of the equipment used to fix potholes.

Copies of the pictures are available on our Flickr page