A council tenant who plagued a Halesowen estate with threats and violence has been served with an injunction banning him from the area for two years.

Troublemaker and convicted criminal, George McCreight of Bredon Court, Halesowen, was issued with the injunction late last month as a result of his ongoing anti-social behaviour which included threatening behaviour towards another resident of Bredon Court (for which he was convicted) and complaints concerning robbery, assault, drinking and drug use, threatening and abusive behaviour and racially aggravated criminal damage. 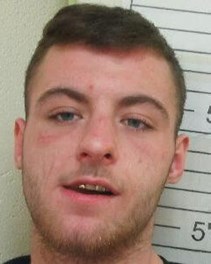 McCreight had also previously been found guilty of theft and possession of cannabis, battery and racially aggravated harassment.

Thanks to the reporting of his behaviour by residents and detailed logging of incidents by council housing staff, a case was built against McCreight and an injunction served. He is now no longer allowed within the estate, or within the boundaries of Stourbridge Road, Alexandra Road, Hagley Road, Bromsgrove Road and Whitehall Road.

Serving an injunction against a problem individual is not an action taken lightly by the authority but we felt we needed to show not only that we were listening to residents but that we will take action against individuals who feel the need to blight an ever improving and flourishing community.